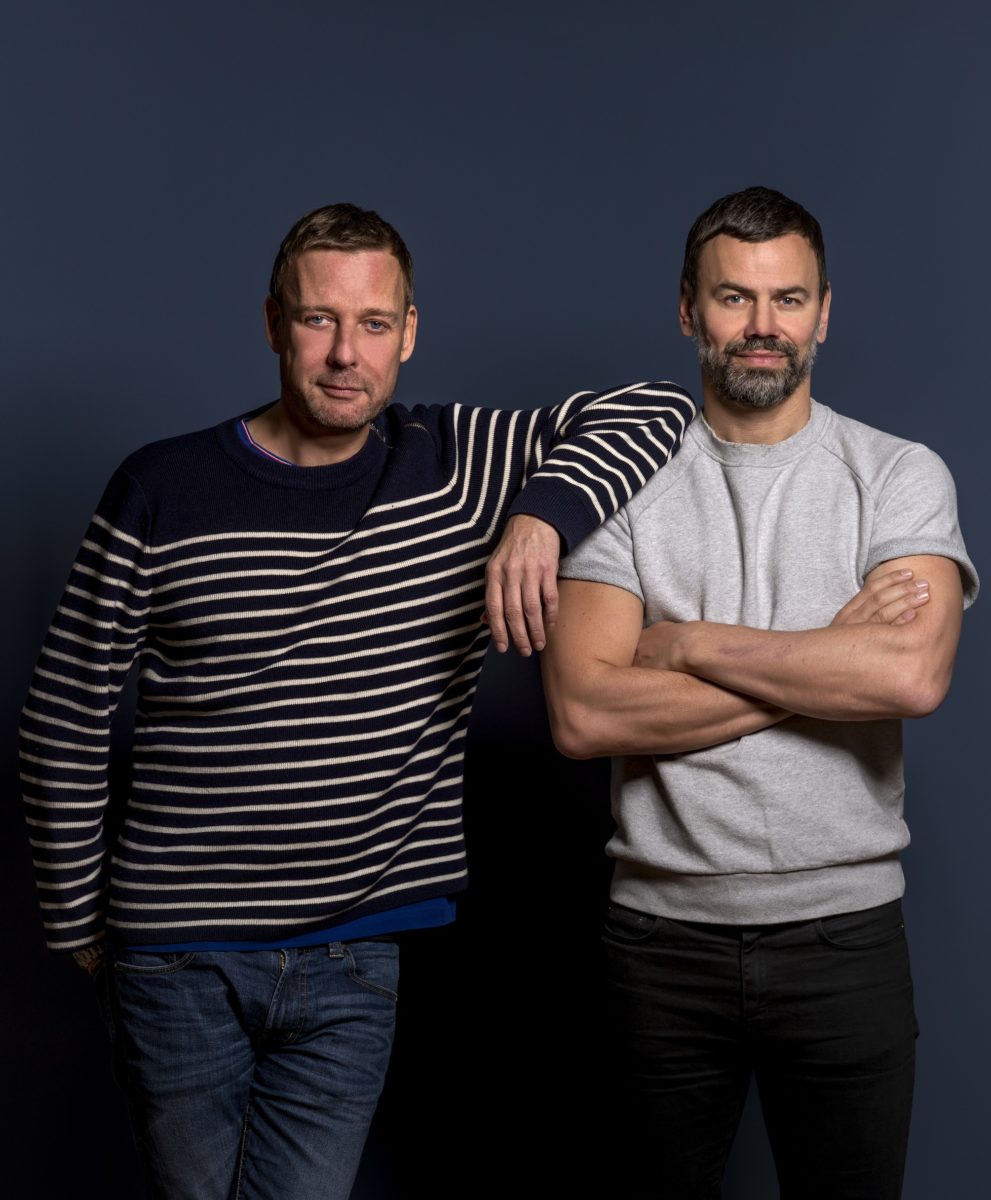 The 15th Istanbul Biennial’s title „A Good Neighbourhood“ and the conceptual framework were announced by the curators Elmgreen & Dragset at a media conference on Wednesday, 7 December at Salon İKSV in Istanbul. Organised by the Istanbul Foundation for Culture and Arts (İKSV) and sponsored by Koç Holding, the 15th Istanbul Biennial will take place between 16 September and 12 November 2017.
The media conference started with a live act involving 40 people, each asking a question as to what constitutes a good neighbour. Throughout the media conference photographs were projected behind the performers, selected by artist from Turkey, Ali Taptık in relation to the framework of ‘a good neighbour’ from a series he has produced in Istanbul.
Elmgreen & Dragset spoke about some of the themes that can be associated with the title and said that the biennial’s format will bear traces of being curated by artists. They also explained, “‘a good neighbour’ will deal with multiple notions of home and neighbourhoods, exploring how living modes in our private spheres have changed throughout the past decades. Home is approached as an indicator of diverse identities and a vehicle for self-expression, and neighbourhood as a micro-universe exemplifying some of the challenges we face in terms of co-existence today.” 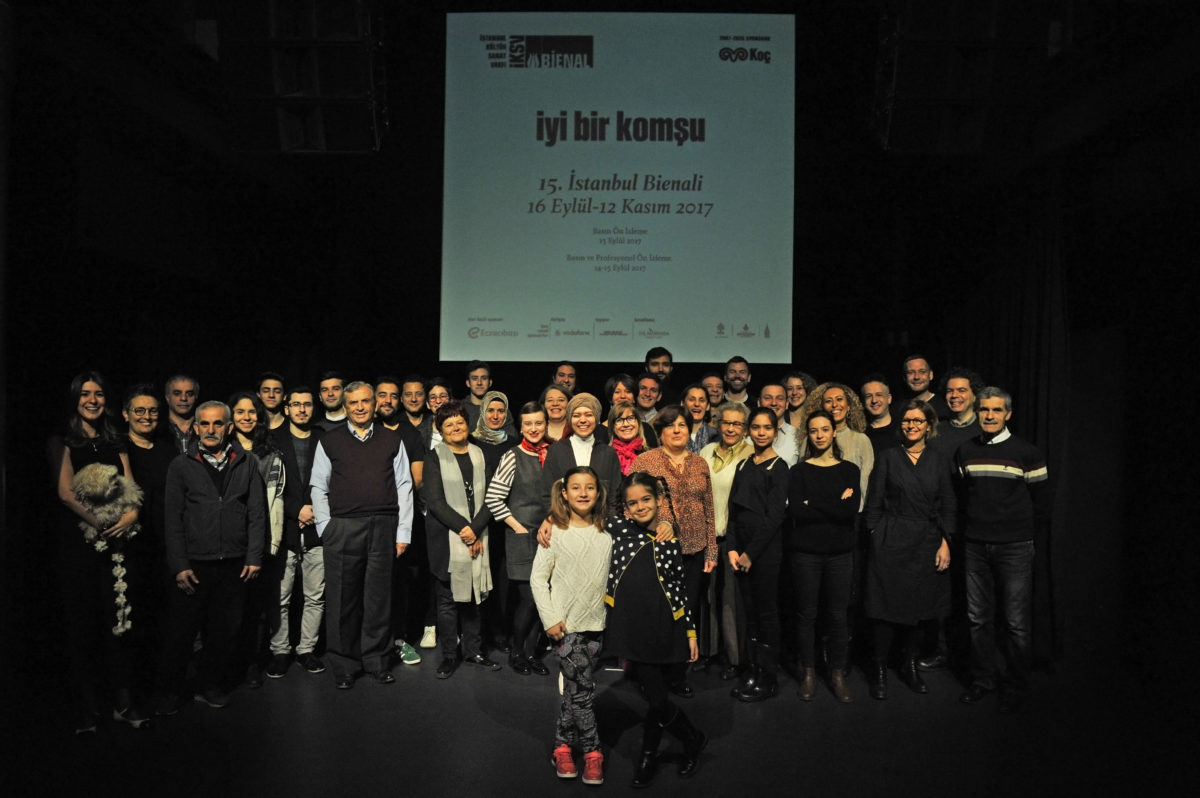 The curators then introduced the biennial’s billboard campaign, created by graphic designer Rupert Smyth together with artists. This international campaign will be realised through collaborations with multiple cultural institutions worldwide, questioning the ways in which neighbourhoods have changed all around the world.
The preview of the 15th Istanbul Biennial will be on 13 September (media only) and 14-15 September 2017 (media and art professionals). The biennial will take place in different venues throughout the city and, in addition to the exhibition, will include a series of performative interventions as well as a film and public programme.
The Istanbul Biennial advisory board members include Adriano Pedrosa, Başak Şenova, İnci Eviner, Iwona Blazwick and Ute Meta Bauer.
About Elmgreen & Dragset
Elmgreen & Dragset (Michael Elmgreen, dr.h.c. and Ingar Dragset, dr.h.c.) have worked together as an artist duo since 1995. Their practice spans many genres, including installation, sculpture, performance, and theatre. Their work has been included in the Istanbul (2013, 2011, 2001), Liverpool (2012), Singapore (2011), Moscow (2011, 2007), Venice (2009, 2003), Gwangju (2006, 2002), São Paulo (2002), and Berlin (1998) biennials. The artists were shortlisted for the Hugo Boss Prize, Guggenheim Museum, New York in 2000 and won the Preis der Nationalgalerie, Hamburger Bahnhof, Berlin in 2002. In 2012, Elmgreen & Dragset were selected for London’s Fourth Plinth Commission in Trafalgar Square. They were awarded honorary doctorates by the Norwegian University of Science and Technology (NTNU) in 2015.
Elmgreen & Dragset have curated the group exhibition The Others at König Galerie in Berlin in November 2016. Previous curatorial projects include The Collectors at the Danish and Nordic Pavilions at the 53rd Venice Biennale in 2009, marking the first-ever merging of two national pavilions to present a single exhibition, which received a Special Mention entitled ‘Curating Worlds’. In 2013, the duo curated A Space Called Public, a wide-ranging temporary public art project throughout the city of Munich, with the aim of generating new conversations about the concept of public space today. The same year, with their exhibition Tomorrow at the Victoria and Albert Museum in London, the artists designed a setting in which they staged paintings, furniture, and artefacts from the museum’s permanent collection. Earlier curatorial projects include Not a Drop But the Fall, together with Susanne Pfeffer, Künstlerhaus Bremen (2005) and Update, a performance-based festival that was part of Copenhagen’s European Capitals of Culture program (1996). (Press Release)