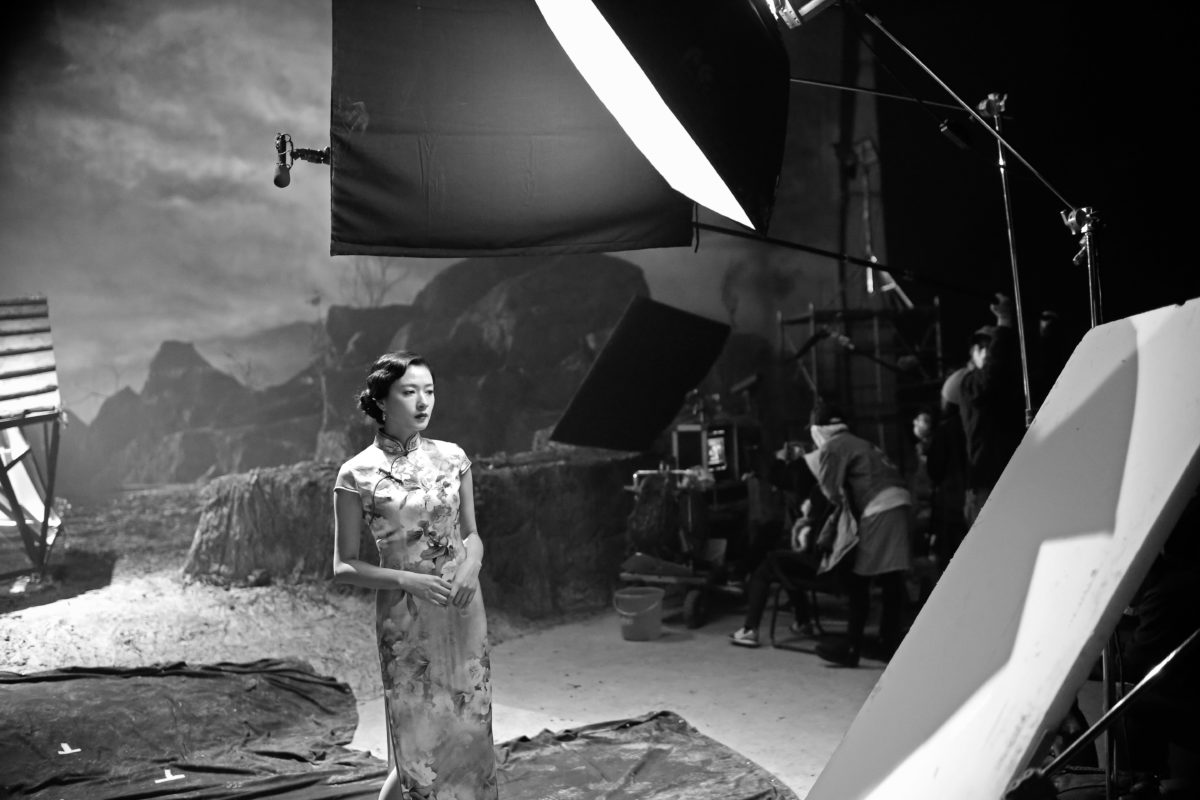 Rolls-Royce Motor Cars unveils new work by Chinese artist Yang Fudong as part of its Art Programme. The artist created a new video work which was launched at the Shanghai Center of Photography (SCôP), Shanghai, located in the West Bund art area. The artwork will be on public display at SCôP 13 December 2016 – 5 January 2017 and will be exhibited at further locations throughout China in 2017.
The Rolls-Royce Art Programme celebrates a shared philosophy between the marque and the world of Art. Patrons are afforded the luxury of a blank canvas, on which they may express their own vision, creating motor cars that transcend their primary role as a means of conveyance, to become works of art themselves. The programme seeks to go beyond merely sponsoring the medium by adding cultural capital to the world of contemporary art. 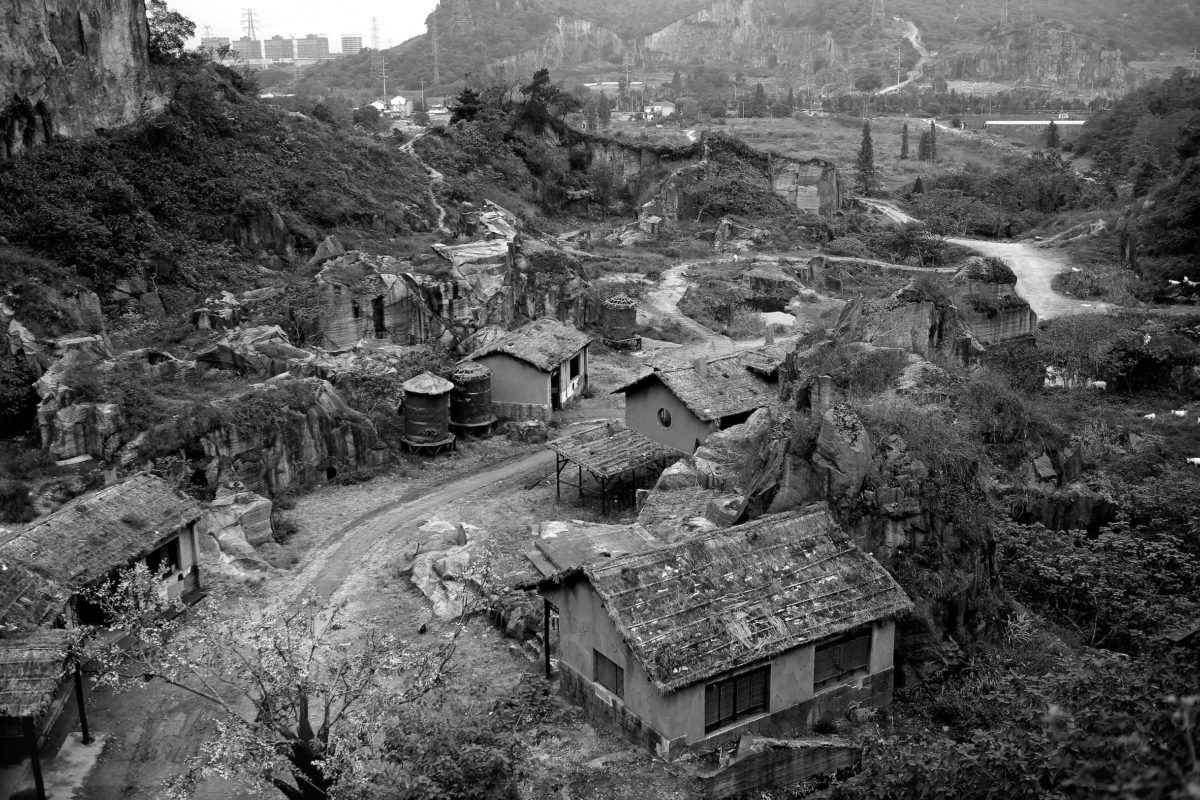 In this new work, Yang takes inspiration from the age-old fable of the ‘foolish man’. Told in China to of human will from which to learn the virtue of perseverance. The result of this reflection is a 46-minute black-and-white film, entitled Moving Mountains. In addition to the national fable, Yang was also inspired by the masterful ink painting produced in the early 1940s by the painter Xu Beihong. The painting itself appears only at the very end of the film, as the night rolls back and daylight creeps in, but Yang adopts it as the form around which to flesh out his interpretation. This remains faithful to the spirit of endurance captured in the original painting.
The Rolls-Royce Art Programme is committed to fostering creativity and, in particular, enabling artists to explore new areas of their practice. Artistically, Moving Mountains moves Yang’s career forward in coming closer to his desire to create a film as a sketch. Moving Mountains is the focal point of a display which combines sketches, photographic stills from the production process and a series of photographic collage-paintings that are, to date, unique to this project.

Alongside the film, Yang presents a series in black-and-white, which relate to characters in the plot. The images are, for the artist, like edited frames within the film sequencing. The film itself unfolds through the timeframe of a day. In the ‘morning’, a mother nurtures her son – a metaphor for the coming generations who are to carry through the ‘foolish man’s’ work when he has gone, and the start of life-long journeys of generations to come. The figure of the ‘foolish man’, whose agedness embodies the ideal of continuance and continuity, of prevailing against all odds, remains central.
Yang Fudong joins renowned artists Sudarshan Shetty and José Parlá as a member of the Rolls-Royce Art Programme in 2016. Rolls-Royce recently celebrated a successful launch of Sudarshan Shetty’s commission for the Art Programme in November 2016 in Mumbai. José Parlá’s commission for the Art Programme launched during Art Basel in Miami Beach 2016.
Public viewing dates of the exhibition: 13 December 2016 – 5 January 2017
Times: Tuesday-Sunday, 10:30-17:30 (last entry 17:00)
Location: Shanghai Center of Photography (SCôP), Shanghai, Address: Longteng Avenue 2555-1
About the Rolls-Royce Art Programme
Art and creative endeavour are at the heart of Rolls-Royce and its motor cars are commissioned for their aesthetic power. They are created out of the finest materials at the hands of skilled artisans who, in turn, produce rare, unique and ultimately beautiful automobiles. By creating an Art Programme, Rolls-Royce has formally acknowledged this unique shared ethos with the world of art.
The Art Programme comprises new works commissioned in situ, partnerships with leading organisations, art talks with emerging and established artists, art drives, art walks and art receptions around the world. It fosters creativity and enables artists to realise new projects and to explore new areas of their To date, Rolls-Royce has worked with leading international artists and key figures from the contemporary art world including: Isaac Julien, Ana Maria Tavares, Morgan Wong, Carlos Rolón/Dzine, Angela Bulloch, Ugo Rondinone, Michael Zavros, Regina Silveira and Will Cotton. Rolls-Royce has recently announced collaborations with Mohammed Kazem, Sudarshan Shetty, and Yang Fudong.
About Yang Fudong
Yang Fudong was born in Beijing, China, in 1971. He is considered one of China’s most well-known cinematographers and photographers. Yang Fudong held a number of solo shows in major institutions including: Kunsthalle Zurich (2013) and Parasol Unit (2011), and participated in prestigious art events including Sharjah Biennale (2013), Venice Biennale (2003 and 2007) and Documenta XI (2002). The artist is currently represented by the two international galleries, Marion Godman (New York, Paris, London) and ShanghART Gallery (Shanghai, Beijing, Singapore). Yang Fudong works and lives in Shanghai. (Press Release)