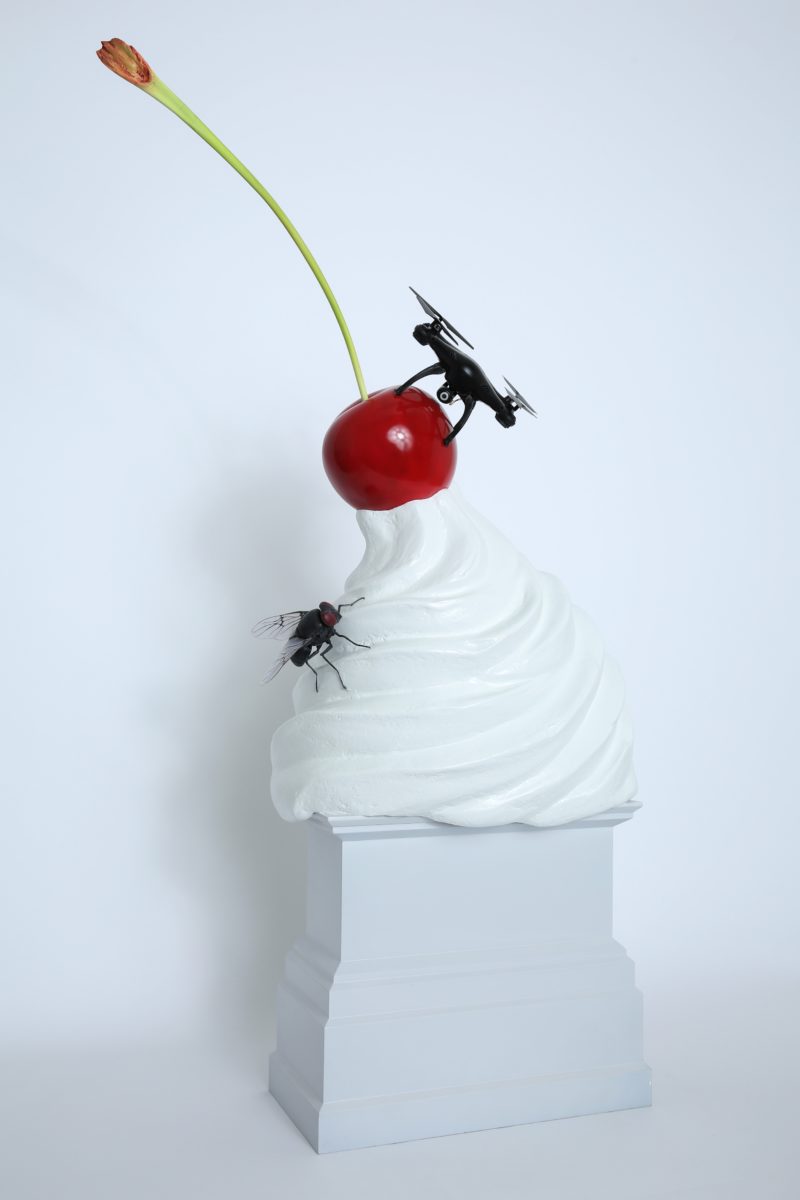 Michael Rakowitz and Heather Phillipson were today announced as the two artists who have won the next commissions for the Fourth Plinth in Trafalgar Square. The designs will be unveiled in 2018 and 2020 respectively, and follow on from the current sculpture Really Good by David Shrigley, a 7m high thumbs up, which will stay on the plinth until March 2018. They were chosen from a shortlist which included Huma Bhabha, Damián Ortega and Raqs Media Collective to win the commissions. 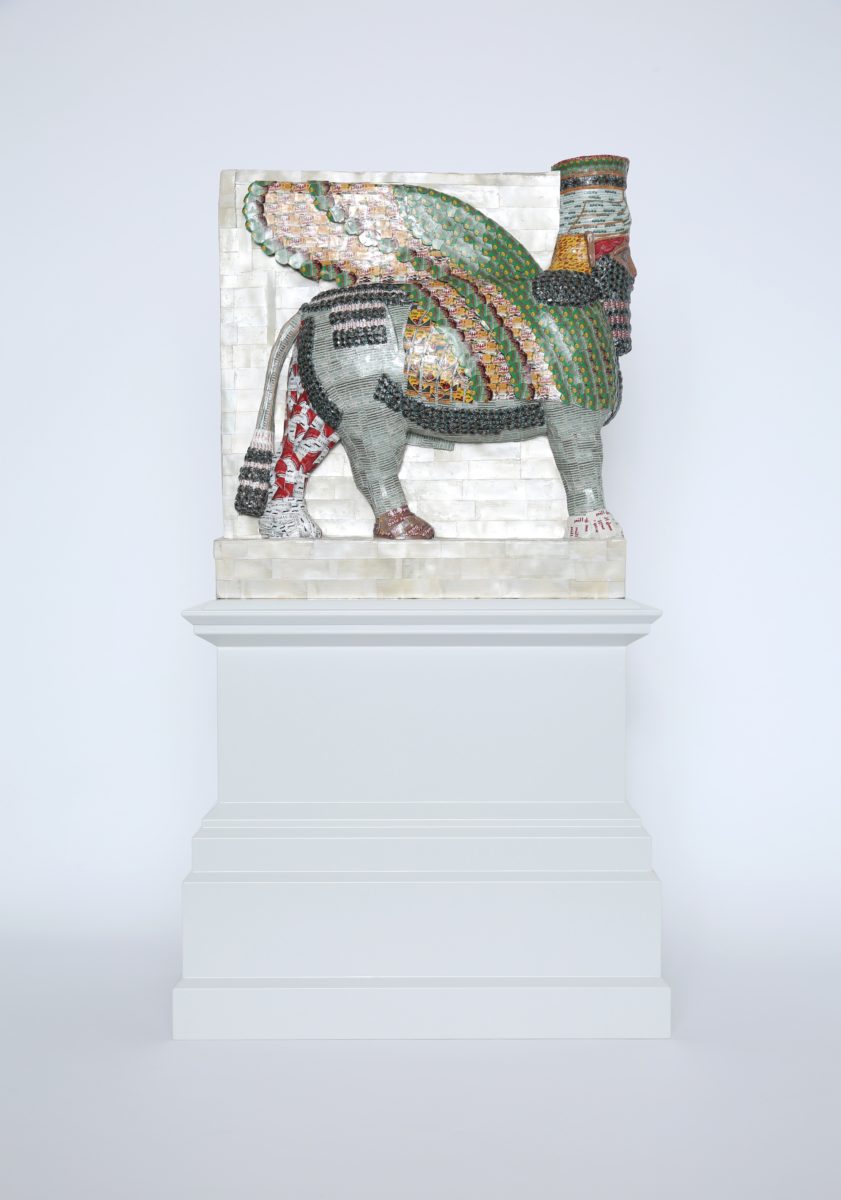 The Invisible Enemy Should Not Exist is a project begun by Michael Rakowitz in 2006 that attempts to recreate over 7,000 archeological artefacts looted from the Iraq Museum during the war or destroyed in its aftermath. For the Fourth Plinth Rakowitz will recreate the Lamassu, a winged bull and protective deity that stood at the entrance to Nergal Gate of Nineveh from c 700 B.C. In 2015 it was destroyed by ISIS along with other artefacts in Mosul Museum. The Lamassu will be made of empty Iraqi date syrup cans, representative of a once-renowned industry decimated by the Iraq Wars.
THE END by Heather Phillipson is a whirl of cream topped with a cherry and parasites. The work explores the extremes of shared experience, from commemorations and celebrations to mass protests, all while being observed by a drone’s camera. THE END represents exuberance and unease. Topped with a giant, unstable load, the plinth becomes a monument to hubris and impending collapse.
The two sculptures will be the 12th and 13th works to appear on the Fouth Plinth since the commissioning programme began in 1998. The Fourth Plinth is the smallest but most prominent sculpture park in the world. Funded by the Mayor of London with support from Arts Council England, the programme invites world-class artists to make astonishing new works for Trafalgar Square. An established icon for London, it brings out the art critic in everyone.
Justine Simons, Deputy Mayor for Culture and Creative Industries, said: “I am delighted to announce Michael Rakowitz and Heather Phillipson as the winning artists of the next two Fourth Plinth commissions. Over 9,000 people have had their say on what was an incredible shortlist, and it’s clear that these two hugely contrasting artworks stand out for their visual impact as well as their unique ability to make the viewer stop and think.”
Ekow Eshun, Chair of the Fourth Plinth Commissioning Group, said: “This year we received five extremely strong proposals for the next Fourth Plinth commissions, and choosing the winning commissions was particularly challenging. I wish to congratulate Michael Rakowitz and Heather Phillipson on winning the commission. Their works are wondrous, striking and deeply engaging.“ 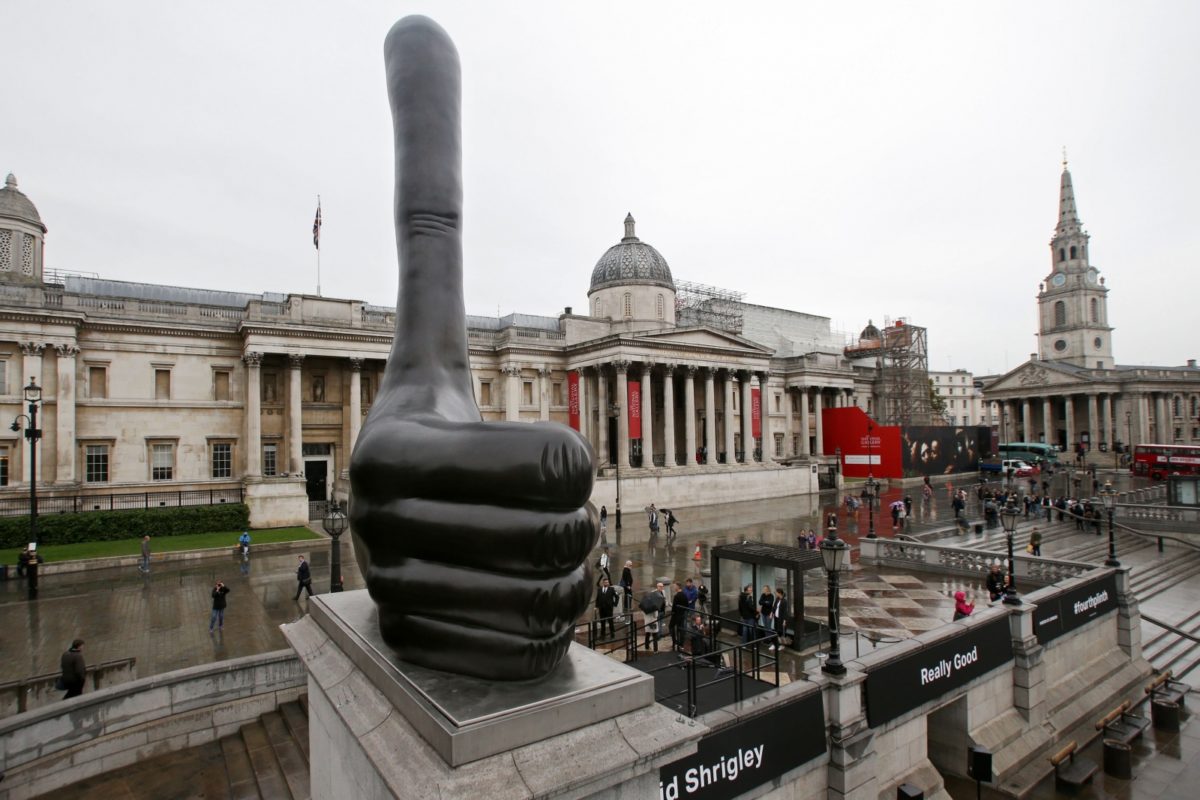 The Fourth Plinth Programme is the most popular public art project in the UK. Funded by the Mayor of London with support from Arts Council England, the programme invites world-class artists to make astonishing new works for the centre of the capital city. An established icon for London, it brings out the art critic in everyone.
The programme was initiated in 1998 by the RSA with the support of the Cass Sculpture Foundation for the following commissions: Ecce Homo by Mark Wallinger (1999), Regardless of History by Bill Woodrow (2000) and Monument by Rachel Whiteread (2001).  In 1999 responsibility for Trafalgar Square was transferred to the Mayor of London and the Fourth Plinth Programme is now led by the Mayor’s Culture Team, under the guidance of the Fourth Plinth Commissioning Group (FPCG). Its first commission was Marc Quinn’s sculpture Alison Lapper Pregnant, unveiled in September 2005. It was followed by Thomas Schütte’s Model for a Hotel in 2007 and by Antony Gormley’s One & Other in 2009. Yinka Shonibare MBE’s sculpture Nelson’s Ship in a Bottle was unveiled in 2010. Powerless Structures, Fig 101 by Elmgreen & Dragset followed for 2012. Katharina Fritsch’s Hahn / Cock, was launched in July 2013 and Hans Haacke’s Gift Horse was the tenth commission in 2015.  Really Good by David Shrigley is currently in situ.