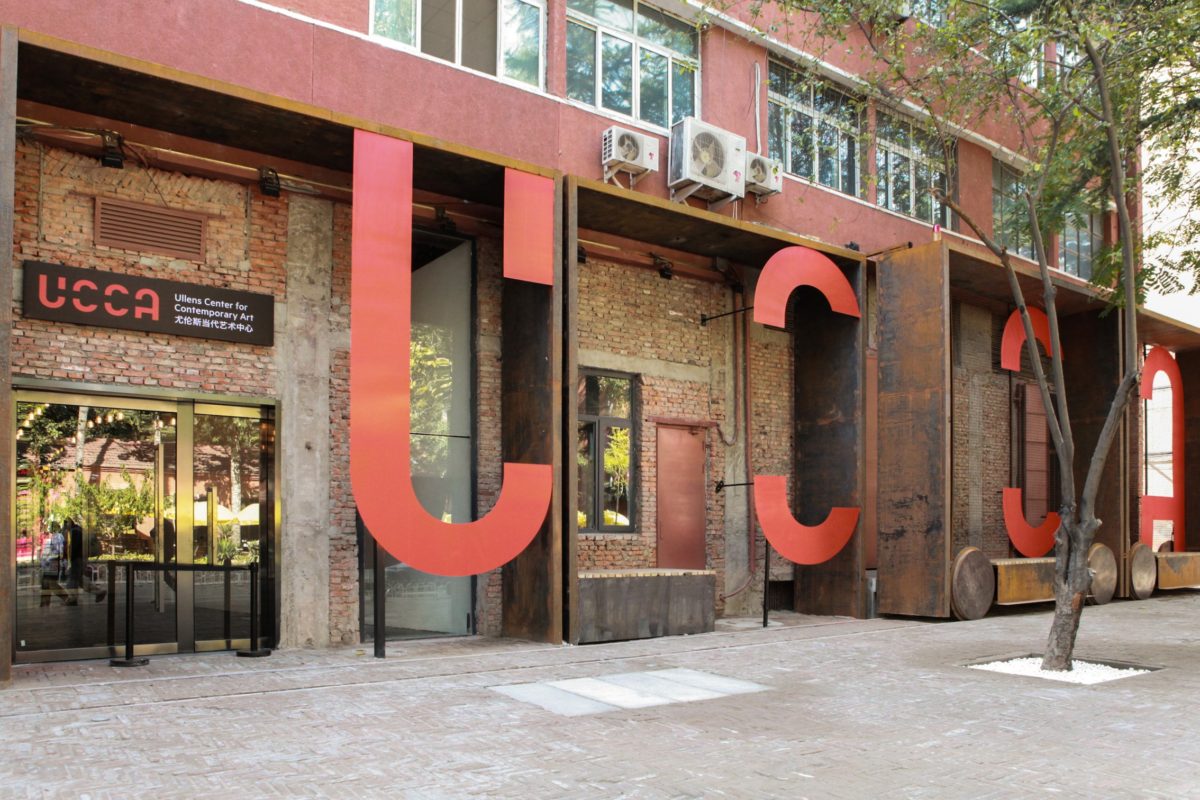 Not even ten years old and one of the most important private artplaces in China just announced its end: Opened 2007, the UCCA (Ullens Center of Contemporary Art) in Bejing is on sale now. But who will buy an empty shell that costs a lot to attract visitors?
In its nine years the UCCA presented in the former arms factory known as 798 a wide range of important exhibitions of chinese and western artists like Huang Yong Ping  2008, Zhang Huan 2010, last year William Kentridge and in spring this year a Wang Yins retrospective with 38 paintings.

But already 2011 founder Guy Ullens made his first step back. Running an institution in China seemed to be quite a challenge, Christopher Moore wrote 2011 „Guy Ullens says Goodbuy to UCCA“ and explanined: „The real issues here are the combination, firstly, of paranoid control over public or quasi-public institutions like Ullens, with the general poverty of museology in China.“ (Randian Online, 11.March 2011). Ullens explained the situation in The Art Newspaper: “The Chinese have been nice, we’ve had very nice relationships, we’ve never had censorship. The problem is they have structures and you need to have Chinese partners to navigate the structures” – and  announced to hand over the controll of UCCA „to long-term partners“. The same year he sold 191 works out of the  Ullens Collection of chinese art at Sotheby´s (all lots were sold for all together 16 Mio. $).
Already in May 2009 he started selling Chinese art from his collection partly to continue funding the art centre. Through the Poly auction rooms in Beijing, he has since sold nearly £50 million of art – antique, modern and contemporary. A Song Dynasty scroll he bought in 2002 for $2.8 million sold for $8.4 million, The Telegraph wrote 2011.
But only in the first year UCCA was financed just by founders Guy and Myriam Ullens and their Ullens Foundation. „In 2015, UCCA’s official operating budget revealed that out of 41 million RMB, only 20% was provided by the Ullens Foundation, with the rest coming from corporate sponsorship (20%), individual sponsorship (10%), the Ullens Store (20%), and the annual charity auction gala (20%). “ (Diane Wong  in www.randian-online.com, 30. June 2016).
the official press statement:
Ullens looks to hand over the ownership of UCCA and his art collection to new owners.
Guy Ullens has been one of the leading supporters of the Chinese art scene for over 30 years as a major collector of Chinese and international art, and the founder of the Ullens Center for Contemporary Art (UCCA) in Beijing, which has received over three million visitors since its founding in 2007.
Now into his 80s, Guy is looking to hand over the legacy of UCCA to a new benefactor and owner, to continue to support and develop this important institution over the years to come, and is looking at options of how and when this would happen. UCCA will continue to run as normal under its current leadership, and it will continue to offer some of the most interesting and exciting exhibition programs to its hundreds of thousands of annual visitors. The current exhibition “Rauschenberg in China” runs through August 21, to be followed by “Zeng Fanzhi” opening on September 19.
Guy Ullens is also looking to hand over the stewardship of the artworks in his collection to new collectors through private sales and at auction later this year. The Ullens Collection is a separate entity to UCCA, and shares no formal connection.
Ullens commented “I have been a patron of the arts in China for over 30 years and have found this a hugely interesting and fascinating experience. I’m now in my 80s and need to look at how to hand over the stewardship of the UCCA and my art collection to younger patrons of the arts. I will continue to support UCCA and its outstanding management team for the foreseeable future until I can find a way to hand over my legacy to a younger patron who can continue to develop this important arts institution, one of the leading exhibition spaces in China.”
Ms. May Xue, CEO of UCCA commented: “We respect Mr. Ullens’ decision to look at how to begin the process of handing over the ownership of UCCA to new owners. On behalf of the management team of UCCA, we thank Mr. Ullens for his continuous contributions and support over the past nine years. UCCA will stand strong and uphold our core values of highlighting artists from China and beyond and encouraging the public to engage with contemporary art and culture. We will continue to operate the Centre as usual and, as always, work to elaborate an inclusive cosmopolitan vision of China in the world.”