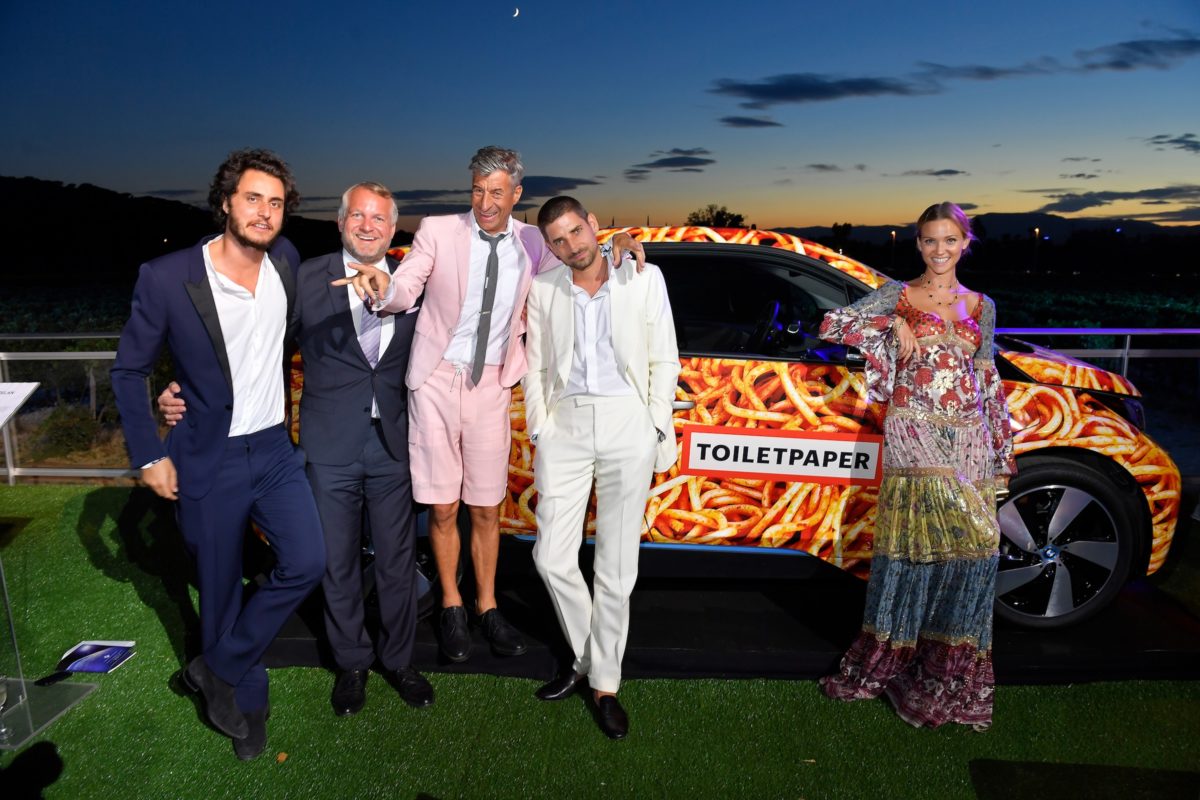 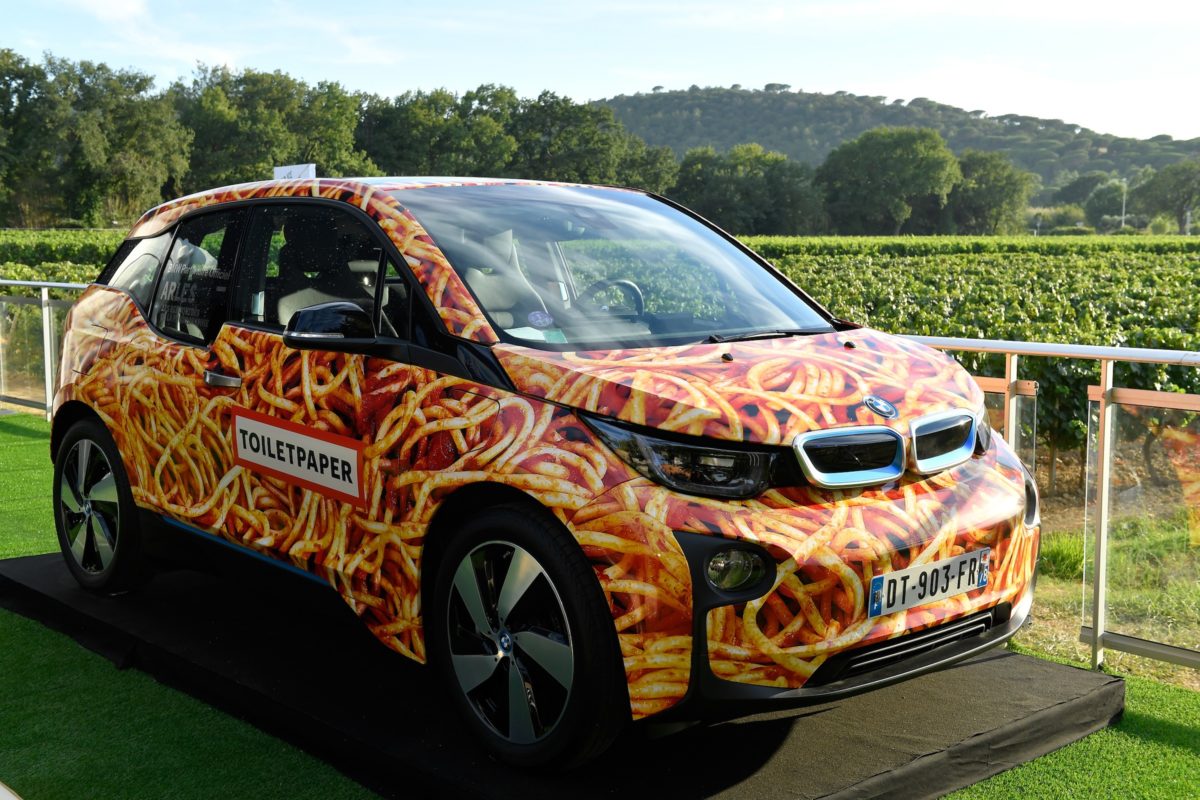 The BMW i3 “Spaghetti Car”: On the occasion of the Rencontres d’Arles Festival of Photography in 2016, Italian artist Maurizio Cattelan (*1960) created a BMW i3 (60 Ah) “rolling sculpture” together with the photographer Pierpaolo Ferrari (*1971). In 2009 Cattelan and Ferrari co-created TOILETPAPER, a bi-annual picture-based publication. For the exterior of the BMW i3, TOILETPAPER employed their signature style spaghetti close-up imagery. Cattelan remarked upon his work: “This is by far the best Spaghetti Car I have tasted! All those years of perfecting definitely paid off! Totally awesome!”
From Andy Warhol and Roy Lichtenstein to Robert Rauschenberg and Jeff Koons, BMW has been collaborating with artists creating Art Cars for almost half a century. The BMW i3 series was launched in 2014 as part of the BMW i brand, standing for visionary vehicle concepts and technologies, connected mobility services as well as a new understanding of premium defined by sustainability. The “Spaghetti Car” by TOILETPAPER is a fully functioning electric vehicle and came with a certificate of authenticity signed by TOILETPAPER (Maurizio Cattelan and Pierpaolo Ferrari) as co-creators of this unique work of art.
(Press Release)