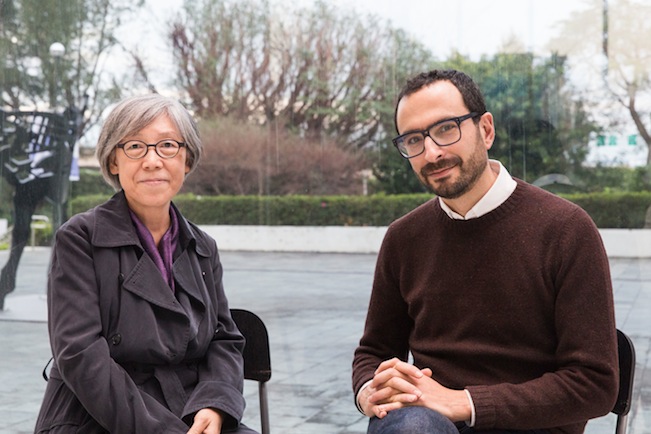 Only eleven month in advance the Taipei Biennale just announced the curators: „Held by TFAM every two years since 1996, the Taipei Biennial opens a new chapter in 2018. After three successive Biennials pursuing a single-curator strategy, TFAM is reinstituting a two-curator structure, in pursuit of a new model of collaboration between a Taiwan-based curator and a guest curator. Examining trends in biennials throughout Taipei, Asia and the world, TFAM joined with the Taipei Biennial Committee to determine the exhibition’s theme: “life-support, living, survival system.” As a curatorial strategy, TFAM chose a “1+1” team model, aiming to initiate collaborative creativity across different disciplines to transform the art museum into a matchmaking platform, a knowledge framework, and a base of creative production. With the consensus of the committee, Ms. Mali Wu, Taiwanese artist curator and lecturer at Graduate Institute of Interdisciplinary Art at National Kaohsiung Normal University, was first nominated by the museum to respond to the curatorial issue. Mr. Francesco Manacorda, the current Artistic Director of V-A-C Foundation, was further invited with the recommendation by Wu to work together on the curatorial theme of living and survival. (…) With mutual curatorial and academic interests, the two curators jointly proposed the concept of “eco-systemic interdependency” for the 2018 Biennial. While humans are inseparable from their environment, the gradually deteriorating natural ecosystem has become a source of pressure forcing every living being to face the fragility of nature and the consequences of human activity. With the accelerating development of human civilization, frequent, intense interactions between people and nature are increasingly blurring the once clear boundaries between the two. As these cognitive boundaries shift, “nature” acutely needs redefinition, and other concepts related to nature are also being re-examined and reinterpreted. The Taipei Biennial 2018 explores the concept of “ecosystem” in a broader context than merely nature or the biological environment, encompassing cultural, economic and sociological factors as well.“
About the Taipei Biennial
The Taipei Biennial is one of Taipei Fine Arts Museum’s most important exhibitions, held once every two years since 1996. Aiming to help elevate the level of Taiwan’s contemporary art and increase its international visibility, the Taipei Biennial employs diverse cultural perspectives to place Taipei within the network of Asian and global contemporary art, serving as a driving force for international dialogue. Responding to international art trends with both depth and breadth, it attempts to build direct connections between the local and international art communities. Over the past two decades, it has rapidly grown and amassed energy to become a major mechanism of dialogue between Taiwan and the world. 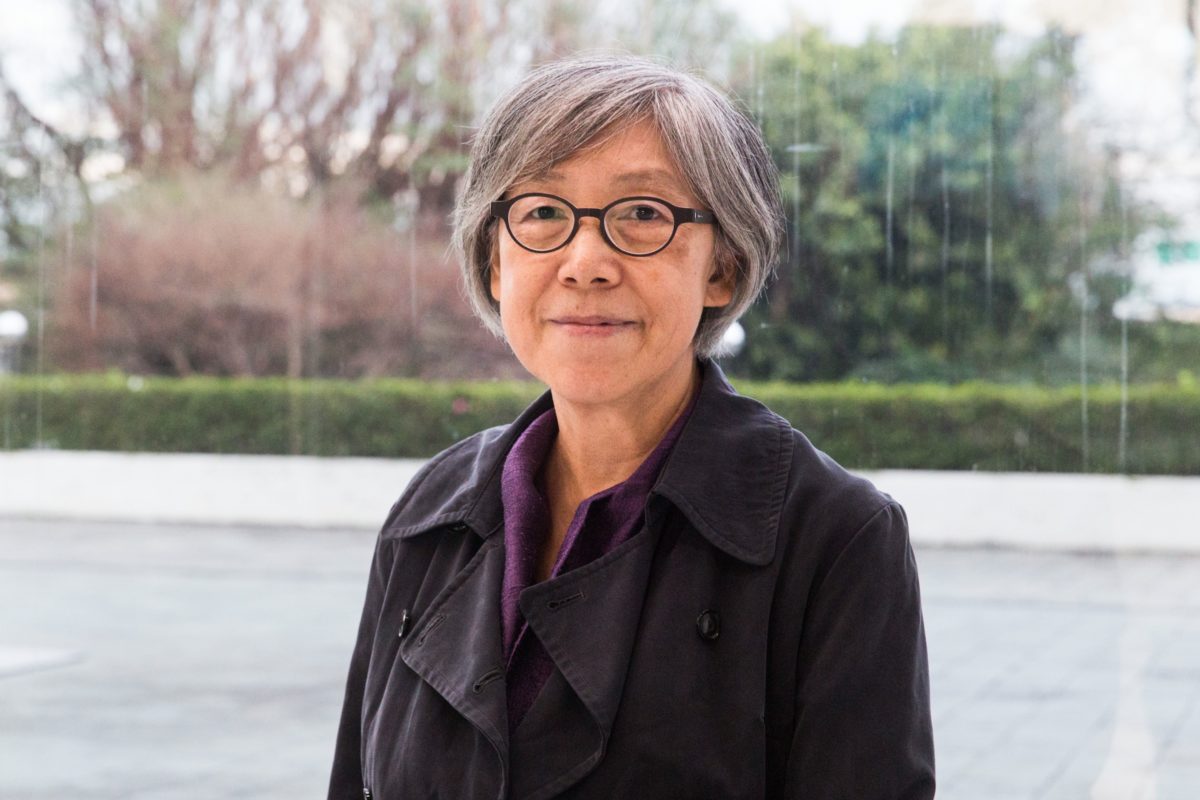 Mali Wu
A graduate of Kunstakademie Düsseldorf (the Arts Academy of the City of Düsseldorf) in Germany, Mali Wu currently teaches in the Graduate Institute of Interdisciplinary Art at National Kaohsiung Normal University. Following the avant-garde tradition, Wu’s artistic practice and research focus on what art can do in the public sphere. In the 1990s, she started to criticize the state of social and political affairs from a feminist perspective in her works. She has launched a series of community-based projects of new public art, including the participatory art workshop “Playing with Clothes” organized by Awakening Foundation as part of Awake in Your Skin (2000-2004), which reversed the tradition of women’s needlework and discussed women’s lives through clothes and weaving; Art as Environment: A Cultural Action on the Tropic of Cancer (2005-2007) in Jiayi County which promoted equality of cultural participation rights in rural areas; By the River, on the River, of the River – A Community Based Eco-Art Project (2006); Restore Our Rivers and Mountains – Along the Keelung River, a collaboration with a community college attempting to stimulate discussion about rivers and current environmental issues; and Art as Environment: A Cultural Action at the Plum Tree Creek, a collaborative project with Bamboo Curtain Studio which re-examined urban ecology and development through an ignored creek. She won the 11th Taishin Visual Art Award in 2013 with Art as Environment: A Cultural Action at the Plum Tree Creek and the 19th National Award of Art, Taiwan in 2016. Wu has consistently dealt with ecological issues by adopting art as an approach to bridge culture and nature, demonstrating the potential for contemporary art and the vital personal energy of an artist. 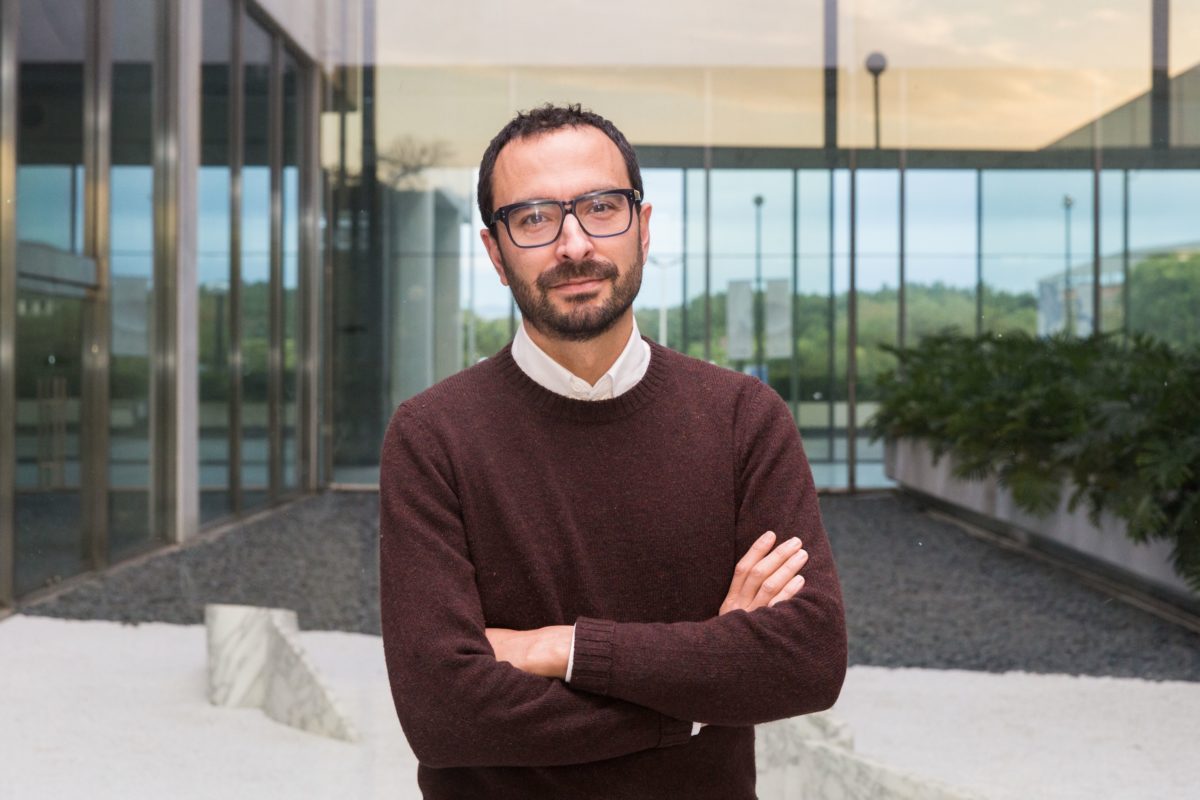 Francesco Manacorda
Born in 1974 in Turin, Italy, Francesco Manacorda earned a degree in education from the University of Turin (2000) and an MA in Curating Contemporary Art from the Royal College of Art, London (2001-2003). An experienced art writer, he has published articles and reviews in such publications as Artforum, Domus, Flash Art, Frieze, Metropolis M, Mousse, Piktogram, Kaleidoscope and ArtReview. He has edited numerous publications and written critical monographs on several artists’ works. Between 2007 and 2009 he served as curator at the Barbican Art Gallery, where he realized the large-scale exhibitions Martian Museum of Terrestrial Art and Radical Nature – Art and Architecture for a Changing Planet 1969-2009 (2009). In 2007 he curated the Slovenian Pavilion at the 52nd Venice Biennale and in 2009 the New Zealand Pavilion at the 53rd Venice Biennale, while in 2013 he was a member of the International Jury for the 55th Venice Biennale. His curatorial practice has also included freelance projects such as Subcontinent – The Indian Subcontinent in Contemporary Art, Fondazione Sandretto Re Rebaudengo, Torino, Italy (2006). From February 2010 to March 2012, he was director of Artissima, the international fair of contemporary art in Turin, and from 2012 to 2017 he was artistic director of Tate Liverpool where he curated exhibitions such as Mondrian and His Studios; Glenn Ligon: Encounter and Collisions; An Imagined Museum; Leonora Carrington: Transgressing Discipline; and Cathy Wilkes. In 2016 he co-curated the Liverpool Biennial. He was visiting lecturer in exhibition history and critical theory at the curating contemporary art department of the Royal College of Art, London from 2006 to 2011. He is currently artistic director of the V-A-C Foundation and visiting professor at LJMU School of Art and Design in Liverpool.
(Press Release)
11. Taipei Biennale, Taiwan, November 17, 2018 to March 10, 2019.