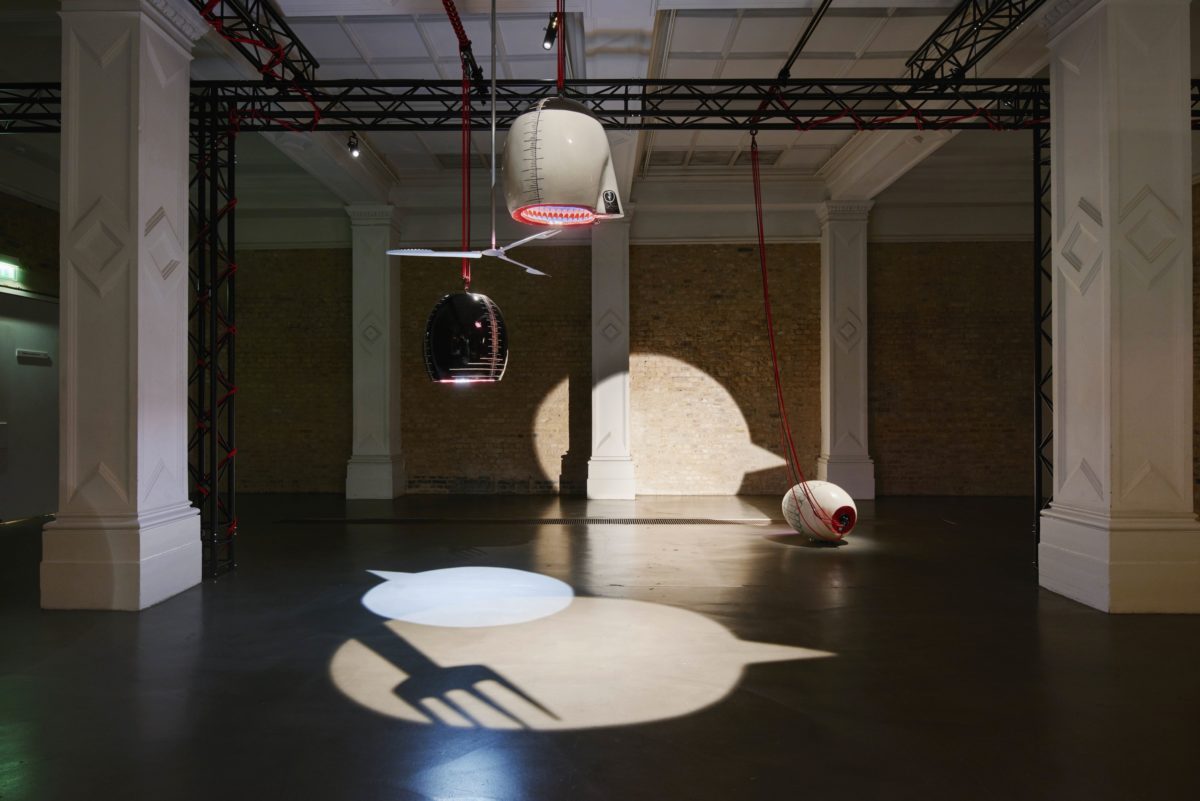 The biennial Max Mara Art Prize was established in 2005 to support women artists working in the United Kingdom. The prize offers artists a six month Italian residency tailored to fit the artist and their winning proposal for the Prize. During the residency the artist has the opportunity to realise a new project which is presented in solo exhibitions at the Whitechapel Gallery in London and Collezione Maramotti in Reggio Emilia, Italy. 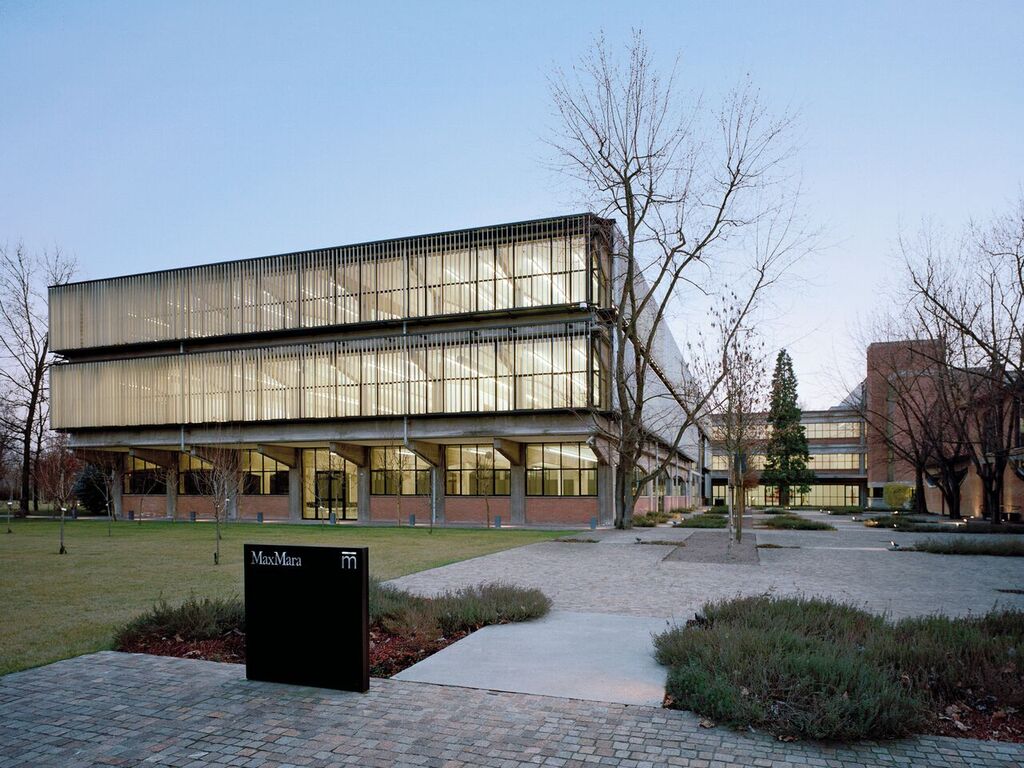 At the beginning of February 2016 Emma Hart was selected from a shortlist including Ruth Ewan, Ana Genovés, Tania Kovats and Phoebe Unwin. The jury of the 6. prize was composed of: Iwona Blazwick, president of the Prize and director of Whitechapel Gallery; Fiona Bradley, director of Fruitmarket Gallery, Edinburgh; Sarah Elson, collector and founder of Launch Pad; Helen Sumpter, editor at Art Quarterly; Alison Wilding, artist and member of the Royal Academy. Past winners are Corin Sworn for the 5. prize 2013-15, Laure Prouvost 2011-13, Andrea Büttner 2009-11. 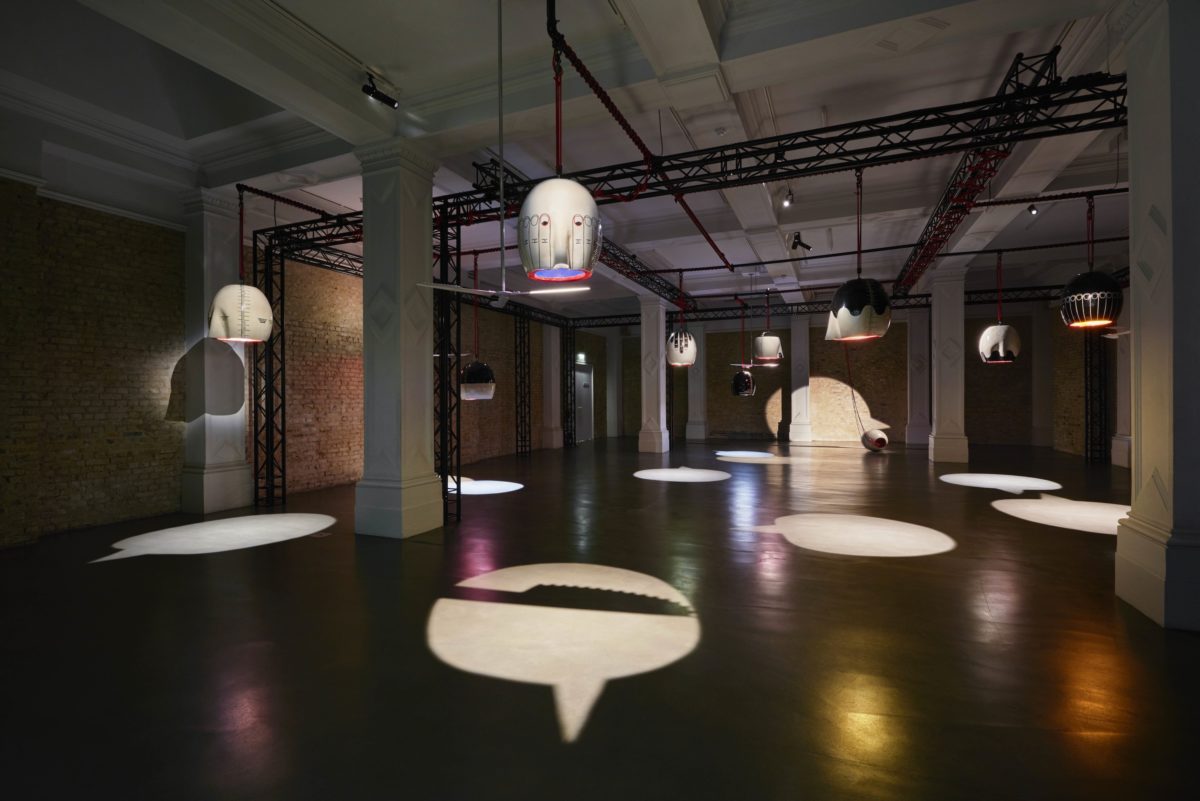 Now Emma Hart new work Mamma Mia! is shown at Whitechapel Gallery, London (12 July – 3 September 2017) and travels afterwards to Collezione Maramotti in Reggio Emilia on 15 October 2017. Mamma Mia! will be also on show at Fruitmarket Gallery, Edinburgh in spring 2018.The Max Mara Art Prize for Women is a collaboration between the Collezione Maramotti, Max Mara and the Whitechapel Gallery. A catalogue accompanies the exhibition.

„The artist’s installation at the collection shows variations compared to the London’s exhibition, based on the specific features of the site. The installation consists of a family of large ceramic heads, suggesting a dialogue with one other. Each sculpture is jug-like in shape: the spout mimics a nose and the opening a mouth. Produced by the artist in Faenza alongside ceramic artisans, each sculpture is glazed incorporating motifs, such as the speech bubble. The interior space of the heads is filled with vivid patterns, designed and hand-painted by Hart after researching the designs and practice of the Italian tradition of maiolica. 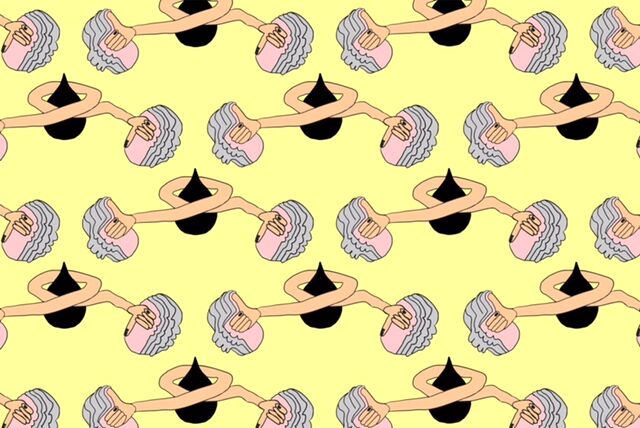 Mamma Mia! also represents the culmination of an investigation into pattern: visual patterns, and patterns of psychological behaviour, how to design then rupture these and the ruminations in between. The space between viewer and object is key, as ever in Hart’s work, and is charged with the artist’s particularly personal take on her experiences in Italy: the heat, light and colour, language and family dynamics in an unfamiliar setting. 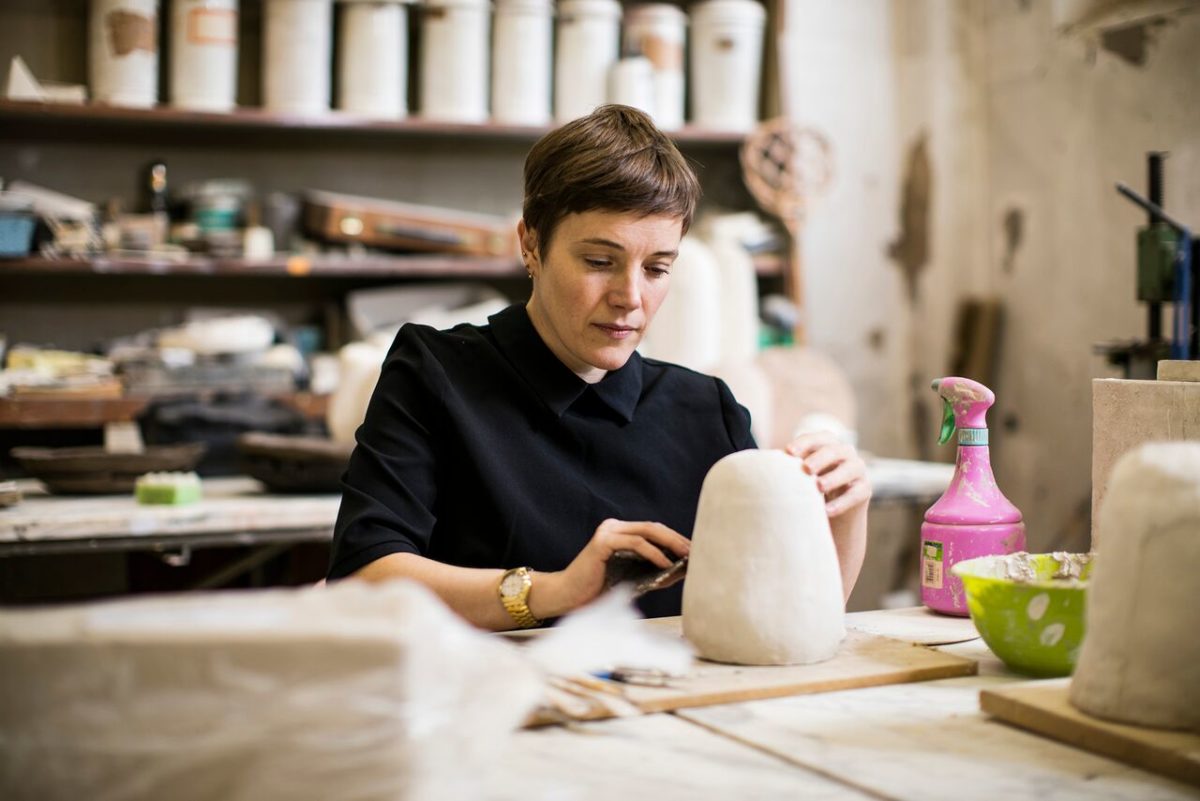 The exhibition is the result of a six month bespoke residency which started in June 2016 and was divided between three Italian cities: Milan, Todi and Faenza, with a Roman stop-over. Throughout the residency, which was tailored to her practice and interests, Hart had access to lessons about the Milan Systems Approach, a systemic and constructivist method of family therapy at the Scuola Mara Selvini Palazzoli which involves physical reenactments and the study of repeated actions. In Rome, Hart visited funerary monuments with Katherine Huemoeller, a researcher from Princeton University whose recent investigations has led Huemoeller to focus on gaining an understanding of family relationships and structures in ancient Rome. In Todi, Umbria, Hart discovered maiolica, traditional Italian tin-glazed pottery which provoked her to create the patterns in her work before ending her residency in Faenza where she began consolidating her research and experimenting with new ceramic techniques. 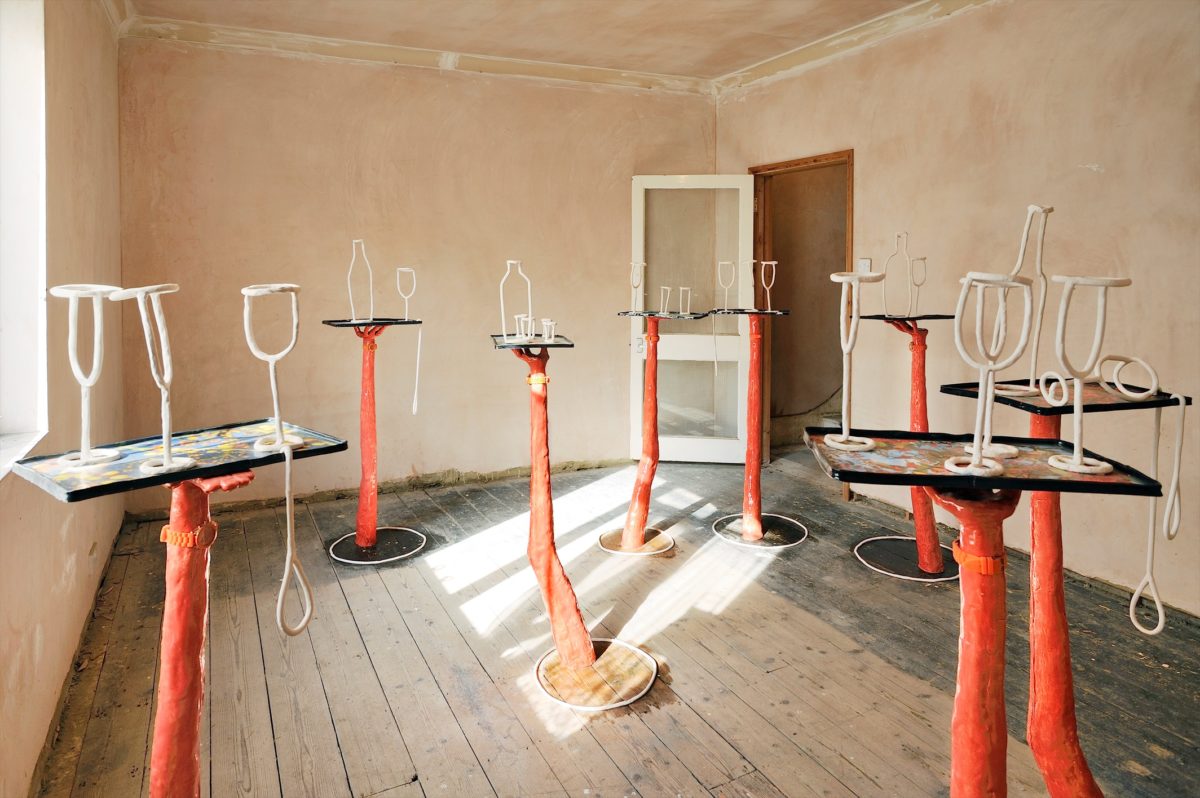 Giving It All That, Folkstone Triennale 2014, Courtesy Emma Hart 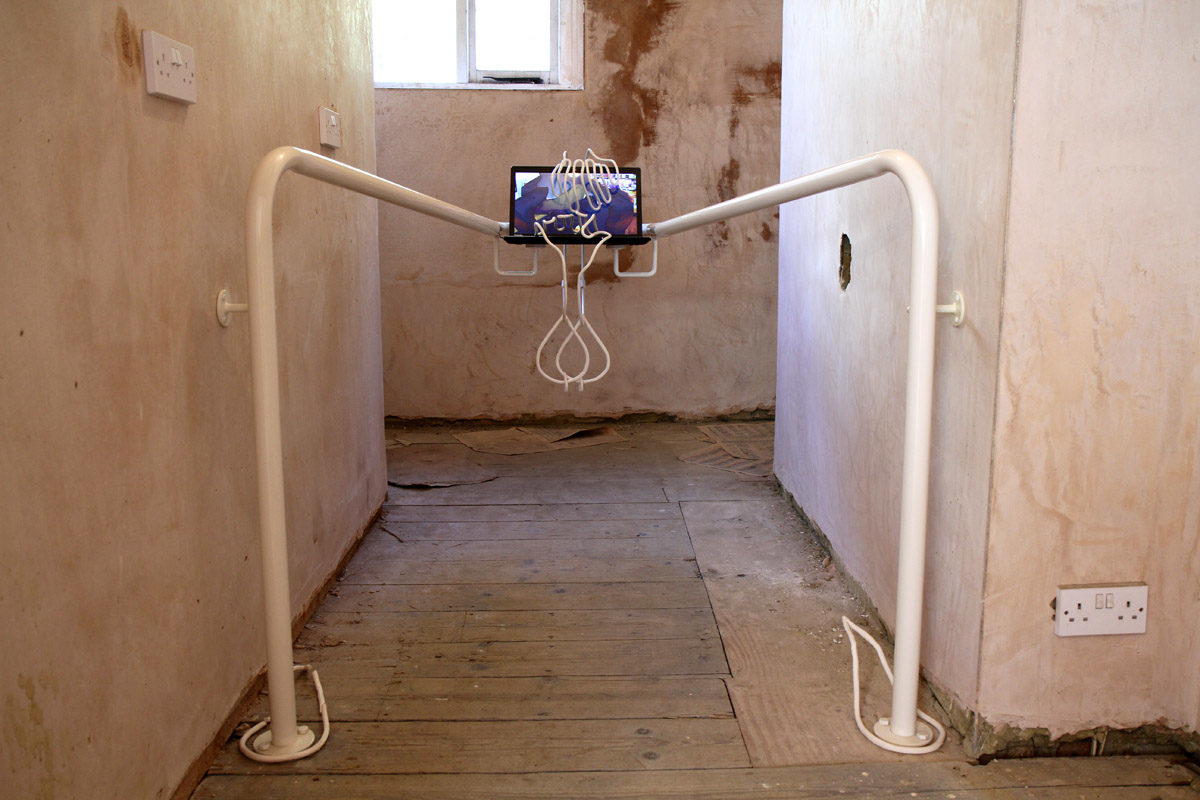 Emma Hart makes work that captures the confusion, stress and nausea of everyday experience. Always in pursuit of real life, real feelings, Hart uses ceramics to create claustrophobic installations that engage the viewer physically and emotionally, or in the form of smaller works which come for the viewer. There are frequent verbal and visual spillages, and Hart’s use of clay is often corporeal, forming approximate body parts that act as substitutes for human action and employment.“ (Press Release)