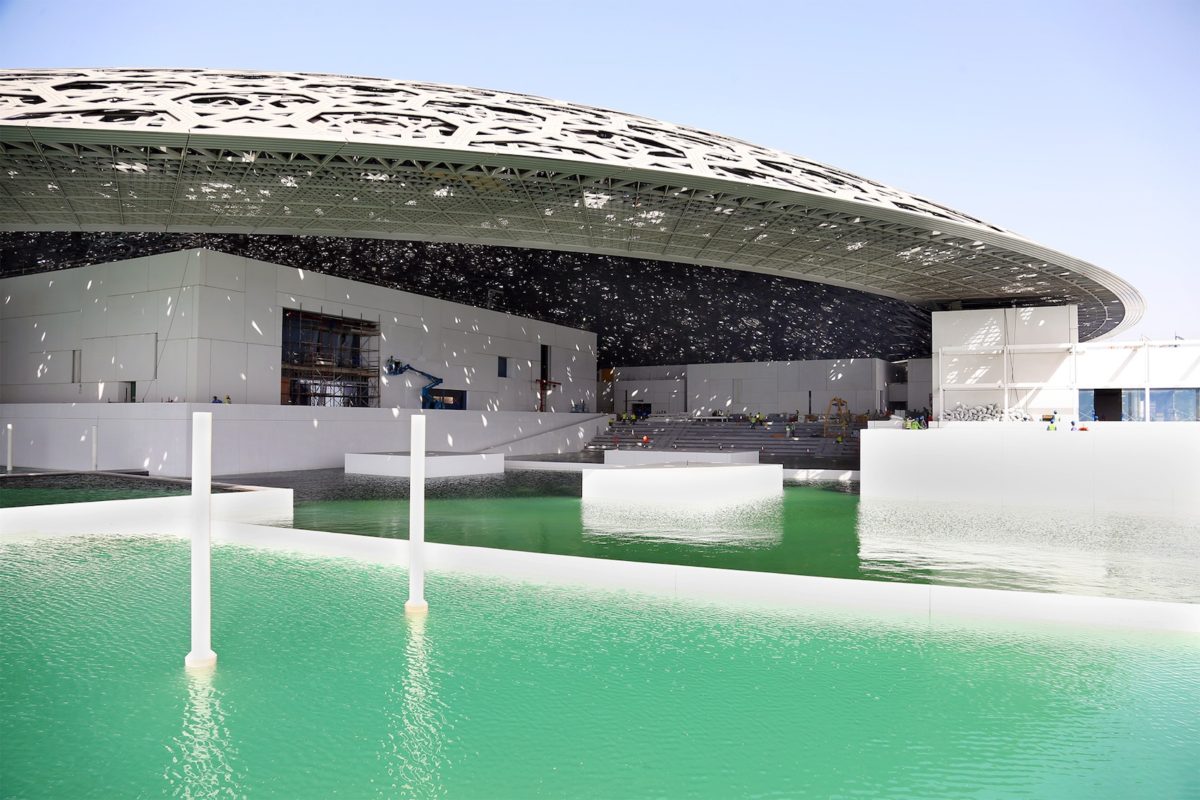 Temporary walls removed to allow the sea to surround the building, realising the architect’s vision for the cultural institution to float on the Arabian Gulf. Courtesy TDIC, Architect: Ateliers Jean Nouvel

The iconic dome is illuminated by 4,500 lights installed to the steel structure making it visible in Abu Dhabi’s night sky.
Louvre Abu Dhabi has reached another two major milestones in the construction of the museum: commencement of the removal of temporary sea protection walls, and the illumination of the museum’s iconic dome.
The process of removing the sea walls, and integration of the sea with the museum, will take place in three stages and result in Louvre Abu Dhabi transforming into Jean Nouvel’s vision of a ‘Museum City’ on the sea.
4,500 lights installed to the dome’s steel structure has also been completed, illuminating Louvre Abu Dhabi at night. This permanent feature is controlled by a lighting system which allows the adjustment of the level of brightness. 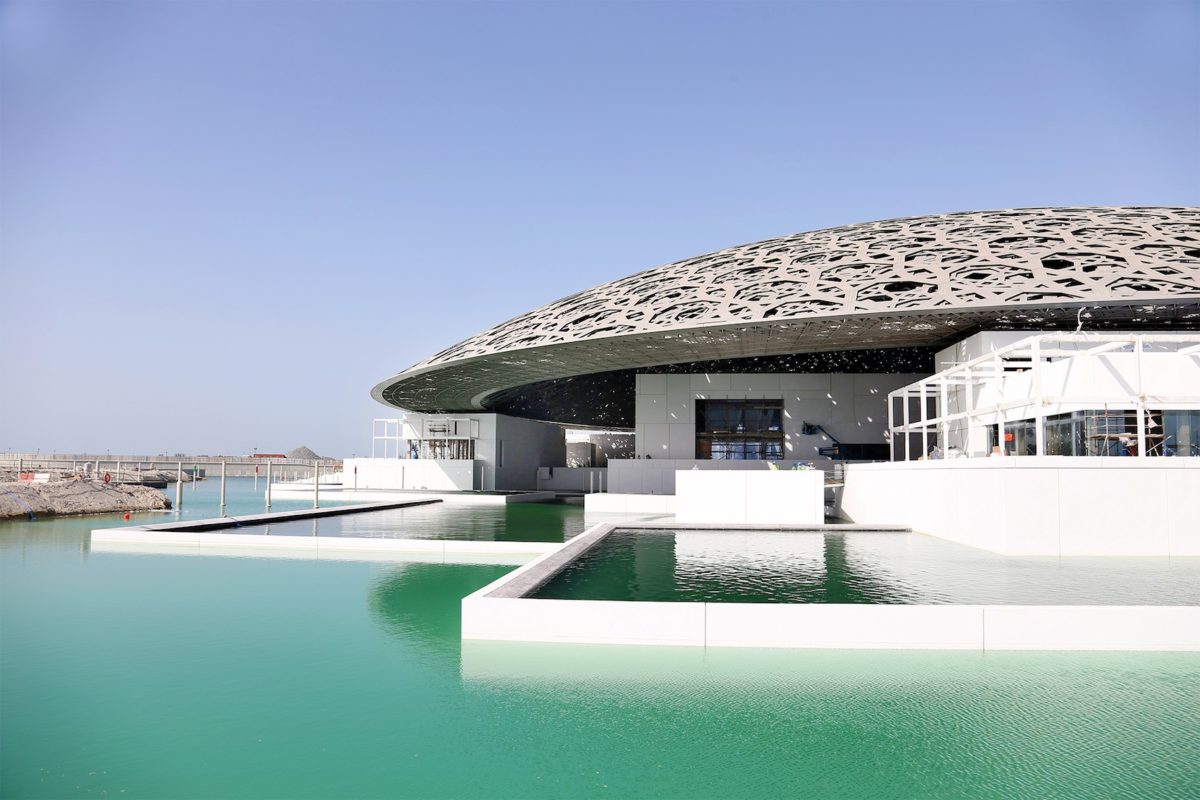 Louvre Abu Dhabi has been designed as a ‘museum city’ on the sea, with its series of white buildings inspired by the medina and low-lying Arab settlements. In total there are approximately 55 individual buildings making up this museum city.
The 180 meter-wide dome covers the majority of the museum city and its complex pattern is the result of a highly studied geometric design, repeated at various sizes and angles in the eight superimposed layers.
Light penetrates the eight layers creating a cinematic effect as the sun’s path progresses throughout the day named the ‘rain of light’.
ABOUT LOUVRE ABU DHABI
Born of an intergovernmental agreement between the Abu Dhabi government and France in 2007, Louvre Abu Dhabi will be a universal museum in the Middle-East translating the spirit of openness and dialogue of cultures. Designed by Pritzker-prize winning architect Jean Nouvel, the museum will display works of historical, cultural and sociological significance from the most ancient to the most contemporary. Spanning millennia, artworks on display will originate from civilisations all over the world with universal themes and common influences highlighted to illustrate similarities and exchanges arising from shared human experience transcending geography, nationality and history. The originality of the museum narrative trail resides in presenting these civilisations in the same spaces, galleries, rooms or gallery cabinet. Beyond the gallery space, Louvre Abu Dhabi’s ‘museum city’ will offer late openings, an auditorium, restaurants, shops, promenades and gardens, to provide visitors with a new perspective of the holistic museum experience in the Arab World. (Press Release)
http://louvreabudhabi.ae